The Manhattan Project Captured In Art 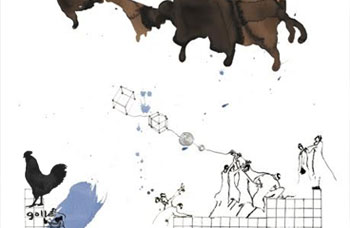 Some illustrations are superficial. That’s not a judgment call – there’s nothing wrong with a little frivolity sometimes. But when you’re working with a deeper, more important topic, you need to dig a little deeper and really think about what you’re trying to convey if you want to be effective.

That was the case for me with this Canadian art print I did for Maisonneuve Magazine. It was about Louis Slotin, the Canadian physicist and chemist who worked on The Manhattan Project.

For some historical perspective, The Manhattan Project was the code name for the US military’s research into what eventually produced the atomic weapons dropped on Japan at the end of the Second World War. Louis Slotin was one of the more than 130,000 people employed in this project. Below you’ll find a great documentary on the subject if you’d like to know more.

Sadly, Slotin didn’t survive to see the end of the project. He was conducting a demonstration when he accidentally set off a fission reaction, releasing a burst of radiation which gave him a lethal dose – he died of acute radiation syndrome just nine days later, on May 30th, 1946.

So much has been said about The Manhattan Project, and so much more can still be said. It was one of the pivotal moments in human history – one of those periods in time that, for better or worse, changed the world. Now that humanity has discovered atomic energy, we will never be the same.

My plan for this illustration was to use the lethal chemicals and substances they used in The Manhattan Project, as well as the American leadership’s obsession with winning the war at all costs, without taking into consideration the people involved – people like Louis Slotin.

I don’t know if this is a uniquely American idea, or if any other nation in a similar position would have done the same thing. But that’s a topic for another day.

The Elements Of Design

To start, I researched beryllium and platinum, two important elements used in the experiments in The Manhattan Project. I found their entries in the periodic table and the atomic representation of the elemental molecule itself.

Here’s what I found for beryllium (number 4 on the periodic table): 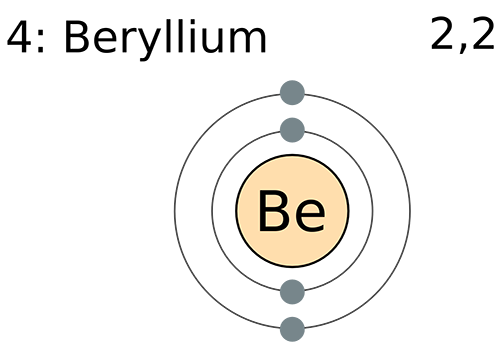 And here’s what I found for platinum (number 78 on the periodic table): 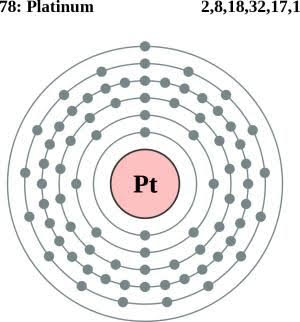 Along with these two, I found the hexagonal chemical formation of elements to be interesting as well: 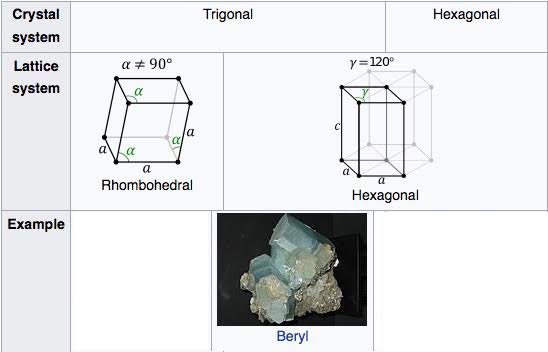 A few years ago, a musical named Atomic was created, featuring our friend Louis Slotin. Below is a great still of Slotin in his chemical mixing fatal fiasco, which I love: 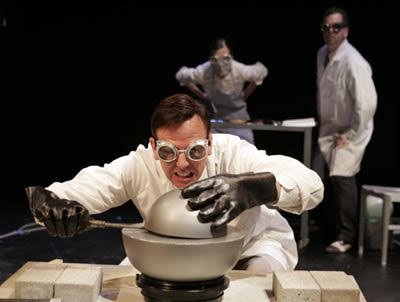 Finally, to represent the United States as a symbol of war and the iconic Manhattan Project itself, I chose the equally iconic photo of American soldiers planting the flag at the Battle of Iwo Jima. 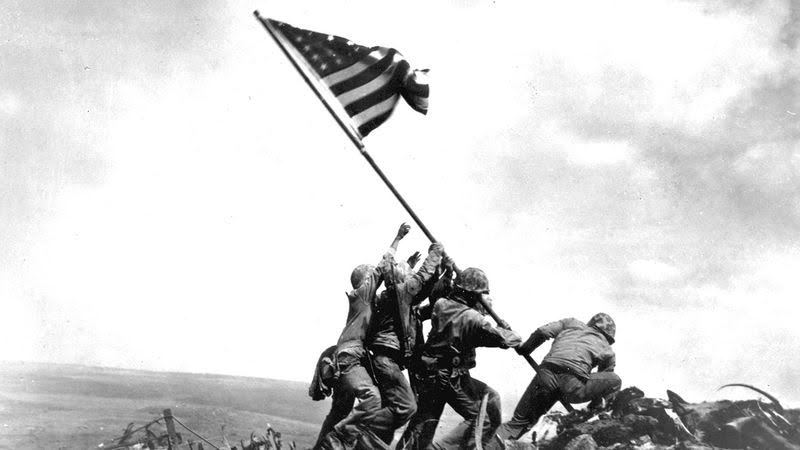 So how did this all work out?

Taking the Iwo Jima imagery, I substituted the soldiers for scientists and the flag for the hexagonal chemical formations as well as the molecular representations.

You can see Slotin in the bottom left corner, along with a blue splotch representing the explosion that claimed his life. At the top, you’ll find my trademark espresso splash, which incidentally was made using a stove top machine where boiling water explodes into the upper chamber, very reminiscent of a mushroom cloud. 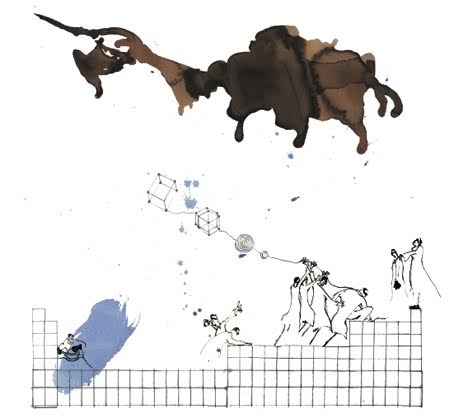 It’s not often I get to do such interesting, in-depth illustrations, but when I do I try to delve deeply into the research and have fun. Hope you like it.